New work from then/again was published this Fall in Event magazine 45/2. Two poems from the suite “Spilt Flour,” each set in a car traveling down a British Columbia highway, each telling the story of a car crash–the first, a crash that never happened, 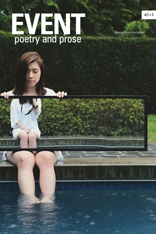 “daylight headlights: premature stars coming at us. the long line of the Abby-Mission highway, two lanes, no median. ”

the second, a crash that did,

“caught awake: the dogs on your tail. blackberry stain, puff of smoke/after fireworks”

What a treat to see these two BC poems find a home in one of BC’s oldest literary magazines. Print and digital copies of the issues are available from Event directly.